“We delight in the beauty of the butterfly, but rarely admit the changes it has gone through to achieve that beauty.”  – Author Unknown

My boss and her 2-man team made a visit to my site today to talk with the community and learn more about their request for another volunteer. With my time coming to a close the middle of next month, we are all making preparations for the transition.

The senoras from my Women’s Club (Club of Witches they like to be called) recounted stories of the fun we’ve had together and one in particular who proudly described how she began calling herself “Primera Bruja” or the “First/Best Witch” after a recent incident of peek-a-boo with me (see September blog post “AHAs in Cultural Exchange” for details). Since then, I only refer to her as my Primera Bruja and her sister as My Segunda Bruja (Second Witch), far better than given names! They. Love. It.

Another gent asked if I could stay two more years; the others nodded in agreement. Of course, he was one of the fellas who had hoped to marry me one day and he was running out of time. Haha. It was a great meeting of feeling acknowledged and appreciated as a person and for my work but, even more importantly, considered as one of the community.

While my team was here, my program specialist and I chatted in the garden, taking in the view of the hills in the distance, sharing various things I was trying, answering my questions about why my 3rd generation of carrots was growing deformed, and sharing the variety of plants that had volunteered (self-seeded) themselves throughout the garden – green manures, carrots, beans, and a new invasive weed. While there, we watched a beautiful orange and black butterfly tuck her abdomen under the edge of a passion fruit leaf  and lay an egg mere inches from us! It took only a second and when she flew away we examined the tiny egg with its texture and color. Had it not been for his watchful eye, I would have missed the whole thing. Amazing! It pays to practice awareness and live in the moment. I’m so grateful to my team for placing me in this community to live, love, laugh and cry with these beautiful people for the past two years. 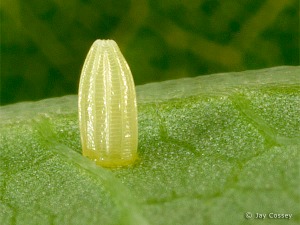 At the end of the day, it’s the relationships and the little things that really matter and make life most beautiful.